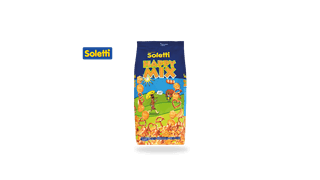 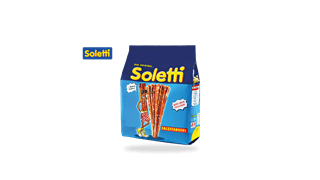 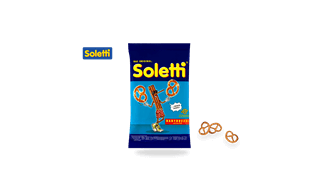 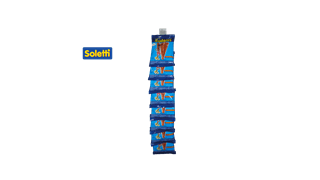 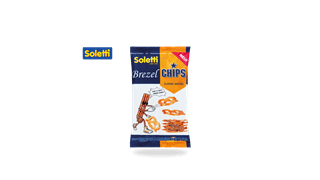 fun, entertainment and variety
For over 70 years, the cult snacks of Soletti are produced in the southeast Styrian Feldbach. In Austria, Soletti is the unrivaled market leader in baked snacks. The brand stands for fun, entertainment and variety, from the party to the TV evening - Soletti is simply "always with you". The brand Soletti was created in 1949 in the bakery Zach in Feldbach in Styria, since 1985 Soletti is a large part of the Kelly GmbH. Originally only pretzel were sold, which were formed from thin dough noodles. Since the manual molding of pretzel required a considerable amount of time, a way to produce the pretzels faster and easier was sought. This gave rise to the idea of simply baking these "noodles" in a straight shape - and the pretzel sticks were born! Now a catchy name for the new product was needed! The Zach family searched for a term that expressed a verbal reduction and sounds southern, because they liked to spend a lot of time in Italy. Due to the scattered grains of salt, they decided on "Saletti" - but Ms. Zach preferred "Soletti", because it reminded her of the sun in Italy – and so the product name was born! Originally, only those thin salted sticks had this name. Later, the pretzels and other lye pastries were sold under this name. The Feldbach production plant is one of the largest flour customers in Austria and produces over 12,000 tonnes of lye biscuits, mixes and crackers every year. The best-selling snack product on the Austrian market is made with 100% Austrian flour and 100% Austrian rock salt using a unique technology and is also free of palm oil.
www.soletti.at
﻿